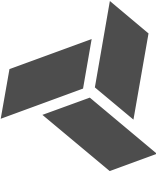 Posted at 17:12h in Carbide Base, Measurements

To perform vibration tests we first constructed a test loudspeaker enclosure. We created our own enclosure to minimize the unknown variables which could influence the measurements. The enclosure was machined out of High Density Polyethylene (HDPE) sheets with 25 mm (1 in) thick panels used on the exterior and 50 mm (2 in) thick panels utilized for the internal bracing. Two Accuton AS250-6-552 250 mm (10 in) woofers were mounted on opposing sides of the enclosure. The woofers were wired in parallel to a Class AB amplifier. The enclosure was sealed with an internal volume of 129 liters yielding a Qtc of approximately 0.64. No stuffing was present inside the enclosure. The total mass of the enclosure with the woofers mounted was 83 kg (183 lbs.).

To measure vibrations we utilized a Measurement Specialties ACH-01 piezoelectric accelerometer sensor. The sensor was attached to the enclosure using double sided tape. An amplifier with an integrated analog signal processor was used to amplify the analog output of the ACH-01 sensor. The amplifier was calibrated for the sensitivity of this particular ACH-01 sensor allowing for absolute acceleration measurements. In turn the sensor amplifier fed its analog output into a Tascam US-366 USB interface which was used to record the signal digitally on a PC. A log swept sine signal from 35 Hz to 200 Hz was fed into the Class AB amplifier which powered the woofers with a 3.8V driving voltage .

Waterfall graphs were generated with a 500 ms window and a 100 ms rise time over a 400 ms duration at a 4.72 ms slice interval resolution. A waterfall graph was used to show the decay of the vibration amplitude over time. The y-axis represents dB below full scale of the recorded signal relative to the maximum peak level before clipping. The y-axis was limited to a minimum of -60 dBFS to avoid noise floor artifacts.

Measurements confirmed that low frequency resonances within the panels of our test loudspeaker enclosure were subdued when the loudspeaker was placed on Carbide Bases instead of floor spikes. This damping effect occurred not just locally near contact with the Carbide Bases but also at a location near the opposite end of the enclosure. Both the amplitude and decay of most of the resonances present in both panels was reduced when the loudspeaker was on Carbide Bases. The exception was the resonance at 150 Hz in which there was a decrease in amplitude and an initial decrease in decay, followed by a small increase in decay below -40 dBFS. In the lowest frequency region where enclosure resonances are most audible, the vibration amplitude was reduced in some instances by over 80%.